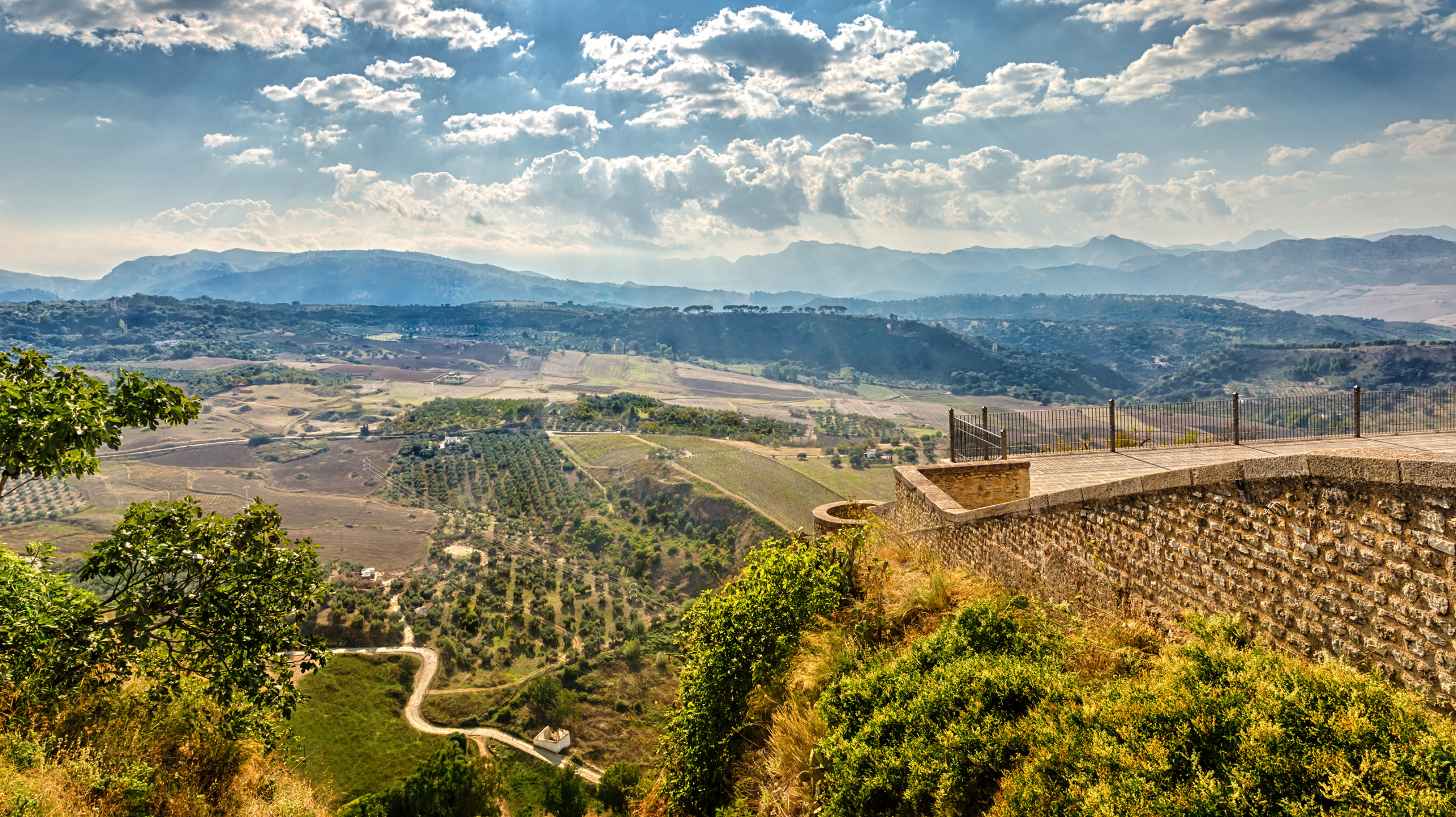 Bartolomé Nieto, in his publication “History of Viticulture in the Serranía de Ronda”, after enormous work, has collected the evolution of the vineyards in Ronda and its region from antiquity to the beginning of the 21st century, a book that we have used as a main basis for this article.

In pre-Roman excavations carried out in the current urban area of Ronda, specifically in Armiñan street, a pottery production oven was found in which ceramic forms associated with wine were made, but without a doubt the clearest evidence of the link between Ronda and the wine, found in
Roman times. Plinio El Viejo in his Natural History dedicated to viticulture or the Cádiz-born Lucio Columela already spoke of the varieties of the vine, the work in the vineyard, the harvest and the care of the wine. The vestiges found in the Serranía de Ronda are specified in a head of Bacchus found in the Cortijo Los Villares, near Serrato, the Roman Villa de las Viñas in Cuevas del Becerro where there are remains of a press and an oil mill, as well as the currency from the city of Acinipo (Ronda la Vieja) with a bunch of grapes on the back.

Once Ronda was conquered by the Catholic Monarchs, in the Repartimientos (distribution of the conquered goods among the men-at-arms), an extension of 142 hectares of vineyard is reflected in the municipal area of Ronda and new plantations, called majuelos, are authorized. In such a way that at the end of the 15th century it is calculated that there were 367 hectares in Ronda, many more than there are today. Among these new majesties, there are those located in the valley of the Guadalcobacín River, called Cruz del Marqués, where our vineyards are located today, and where there are toponyms that still remember the vineyards that once existed, such as La Viñuela.

Where the importance of the vine is well documented is in the municipal ordinances of the 16th century where the cultivation of the vine is regulated and where it is regulated that the taverns can sell two white wines, two red wines, or one white and one red, picking for the first time the existence of red wine in Ronda. Curious is the saying of a citizen of Ronda, D. Juan Vázquez, (1565) “Houses and vineyards honor the villas”, considering the vineyards as a fundamental element for what is now called fixing the population in rural areas.

Subsequently, in the 17th century there was a progressive abandonment of the field due to calamities such as the bubonic plague of 1648 or the earthquake of 1680, which is demonstrated in the Ensenada cadastre of the 18th century, where an area of 400 bushels is collected, around 250 hectares. In this century the pipes of the Fuentes dela Hidalga (El Burgo road) and Coca were built, where different toponyms related to the vineyard are reflected such as Viña del Vicario, Viña de la Botera and Viña del Sacristán, which as well as others that last Until now, they make us see
the importance that the cultivation of the vine had.

The peak of the vineyard in Ronda occurred in the 19th century, since the surface of the vineyard tripled between the mid-18th century and the beginning of the 19th century. Simón de Rojas Clemente, botanist, who classified all the grape varieties in the kingdom of Granada, identifies
indigenous varieties such as “el perruno”, “el cabriel” or “el ataubi” and place names such as Cortijo de la Bodega, Cuesta de la Viña ( where there is currently a winery) or Cortijo de la Parra. In the 19th century, the vineyard area, only in Ronda, was 854 hectares. At the end of the 19th century, the phylloxera plague broke out in the world, with the entire Serranía de Ronda counting on 13,494 hectares and it was reduced in the year 1898 to 238 hectares. In the 20th century, the vineyard was not completely lost, keeping the Pérez Sanchez and Pérez Urruti wineries. In 1946, 53 harvesters were counted in Ronda, almost all of them for own consumption, except the wineries indicated above.